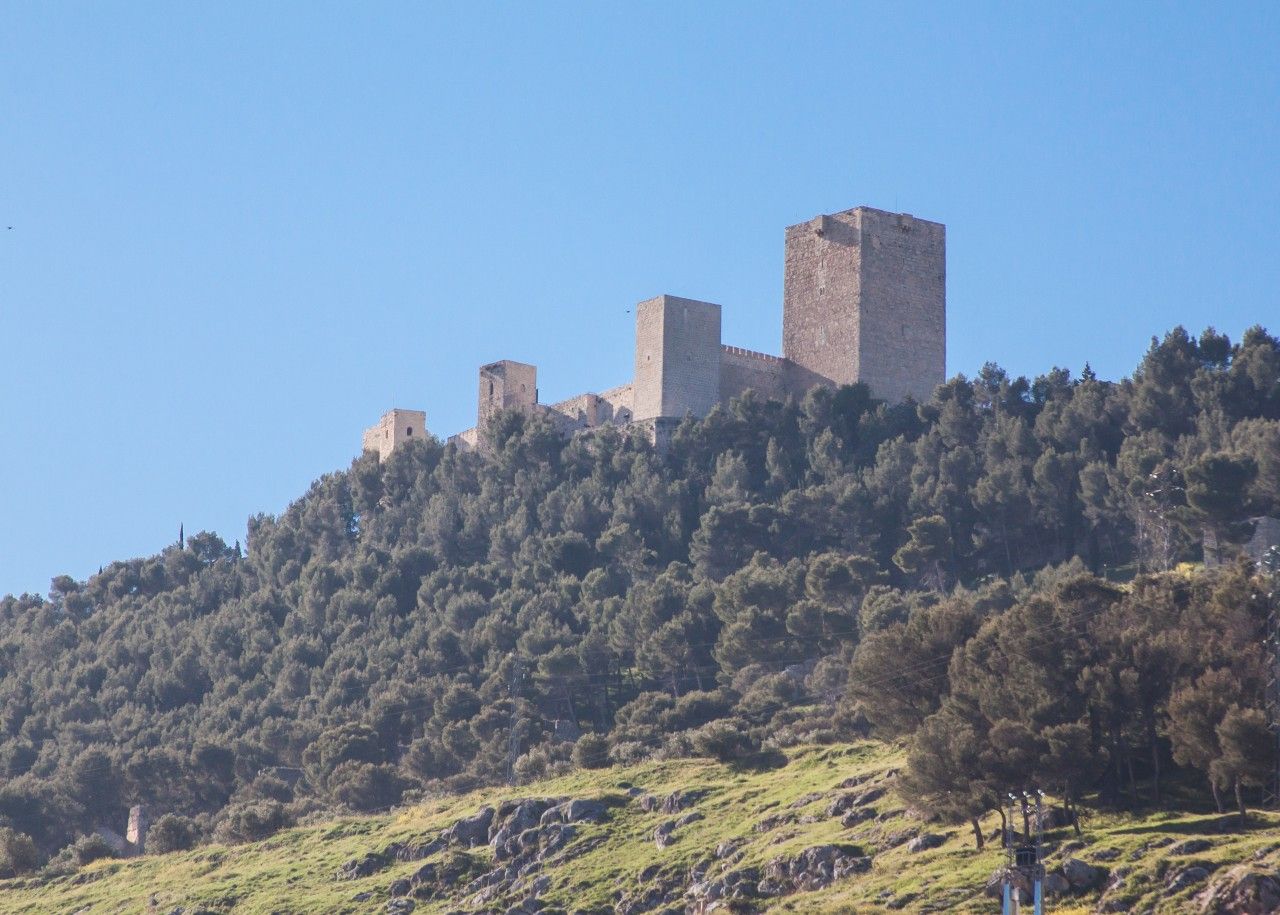 Santa Catalina Castle rises over the rhomboid horizon of a high hill, west of the city of Jaén, and is one of the most significant landmarks of this city. Not only because of its relevant role in the birth and the history of Jaén, but also because of the configuration of its urban area. The castle is well known for the harmony and beauty of its architectural typology.

From its privileged position, one can enjoy unique views of a great part of the province of Jaén, the city itself and the cathedral.

The first documented settlements date from the Iberian civilisation, around the 4th century BC. These settlements were found on the northern slope and they belonged to an oppidum built with Cyclopean walls.

By the mid 9th century, when Abd al-Rahman II was Emir of Córdoba, the city of Jaén started taking shape as a proper town and as the capital of the area, adopting its name from the name of the province: Yayyan. From this moment, the Arabs started building the fortress and the castle, as well as the Magdalena Mosque, and the structure of the first Arab quarter started to develop.

During the Emirate and Caliphate periods (between the 9th and the 10th century), the Arabs started building the walls that fortified Jaén, protecting the city and giving it a structure. These walls were strengthened by the Almohads first, and by the Almoravids later on during the second half of the 12th century and beginning of the 13th century. These two Arab peoples ruled over Jaén at a time when Christians were becoming increasingly strong in these territories, right after their great victory in the battle of Navas de Tolosa in 1212.

Both in 1151 and 1152, King Alfonso VII besieged Jaén but failed to conquer the city. After three more sieges in 1225, 1230 and 1246, King Ferdinand III, who was particularly interested in conquering this Alto Guadalquivir area, finally managed to win the city from the hands of King Alhamar of Granada. The Arab king signed an agreement declaring himself servant of the Kingdom of Castile.

Once the city was occupied by the Christians, King Ferdinand repaired the fortifications and declared Jaén both administrative and religious capital of the Alto Guadalquivir region. The city would later recognise this by chiselling his image in the façade of the cathedral in between the Four Evangelists.

By the time Jaén became part of the Kingdom of Castile, the city looked like a typical Arab town. A large fortress spread from its top, to its southernmost point, through a net of fortified walls that surrounded the entire city. In the southern part of the fortress, the Christians built a new castle from dressed stones, called Santa Catalina Castle or New Alcazar, right on top of the remains of the old Arab castle.

Half a century later, in 1295, Jaén endured a new siege, this time by the Arab King of Granada. Then again in 1299, King Mohammad II of Granada attempted a new siege, causing devastation in the suburbs of the city.

In 1368 the Arabs managed to conquer the city but the New Alcazar resisted. The last Arab siege took place in 1407.

After 1407, Jaén only suffered sieges following the conflict of interests within the Kingdom of Castile. Thus, in 1445 the supporters of Prince Don Enrique attacked the city when they rebelled against the king. Two other sieges happened in 1463 and 1465.

Following the conquest of Granada, and once the Arabs were expelled from the city during the 16th and 17th centuries, Jaén started growing. That growth caused in some cases the destruction of walls, doors and towers.

In the first half of the 19th century, Napoleon’s troops turned the fortified enclosure into a large quarter house and established accommodation for the soldiers, stables, guardrooms, offices, munitions dumps and even a hospital with 50 beds. Before the French troops left the area, once they were defeated in the battle of Bailén, they bombed the inside of the Castle leading to a phase of abandonment and deterioration.

On the 31st of June, 1931, it was declared an Historic and Artistic Monument.

Jaén’s castle comprises three different structures: the New Castle or Santa Catalina Castle, the Old Castle and the Castle of Abrehuí, even though the latter two have almost totally disappeared. These three structures belong to three different periods of the fortification and each had a specific purpose while complementing each other. However, they suffered a different fate in terms of conservation and survival throughout history.

Santa Catalina Castle was built by Fernando III and his son and successor Alfonso X The Wise on the east side of the hill, in order to control the city and the roads around it.

With a long triangular shape, the castle was built using small masonry, fine ashlar on the nooks and bricks on the voussoirs. There are five towers around the parade ground joined by crenelated barbicans that defend the north flank. The south flank is steeper with just one wall including crenels and loopholes joining together two towers. On this wall we find a small projection called Las Troneras Tower with a latrine and a smaller gate on the wall.
The most significant element in the castle is the keep, built in the 13th century on top of the citadel. The keep has a square base and is 30 metres high, with two floors that get plenty of light through small windows and double barrel vaults with pointed arches above them. The keep has thick walls and is crowned by crenels and protective machicolations.

The entrance to the keep is in the centre of the structure and leads to the parade ground (around three metres away). If we go up through an integrated staircase, we will find a terrace.

Next to the keep and joined to it by a crenelated barbican, we find another tower with a rectangular base called Torre de las Damas. Inside this tower there is a hall covered by a barrel vault that is illuminated by ogival and mullioned windows.

There are two Albarrana towers with square bases. Each is covered by a barrel vault, and in one of the towers we can find the chapel of Santa Catalina. On the east side of the castle, one can find the Torre de la vela, with a pentagonal base. It has a rather large hall, and from its rooftop its inhabitants used to send light signals to other defensive positions in the area.

The castle has a big parade ground with two wells, placed right in the centre of the hill.

The Old castle was built in the Caliphate period on the rocky summit using rammed earth and irregular masonry. Later, the Almohads and the Alvoravids strengthened it with walls and square towers, and during Ibn al-Ahmar’s reign, the castle was embellished and its defenses were bolstered. During the French invasion in the 19th century, the castle was again refurbished.

Today, the towers have disappeared but the door remains. The door accesses the citadel flanked by two turrets with a footpath. The door was restored during the Christian period. Napoleon’s troops repaired this castle in order to use it for military purposes but then burnt it down when they had to leave the city. It was also used as a prison and a cemetery, and it was finally destroyed between 1965 and 1979 to make way for a state-run hotel.

Of the Abrehuí Palace Castle, there remains only a few old masonry bastions. The original structure was placed on the north part of the hill, on a plain, near the Old Castle. A wall separated the Old Castle and Abrehuí Palace Castle, while both shared a parade ground. Its base was rectangular protected by thick walls and turrets. It was probably built during the Christian period.

Constable Iranzo took refuge at Abrehuí Palace Castle when he faced the nobility after they rose up in support of Pedro I against his brother Enrique IV. This event meant the beginning of the end for the castle.

The citadel has generated a number of legends, such as the legend of the chamber of the statues that can be found in the book A Universal History of Infamy by the Argentinean writer Jorge Luis Borges.

In the Old Castle there was a secret chamber with a door and a strong bolt. Every king added a new bolt so eventually there were as many as 24 bolts protecting the door. One day, an evil man won the throne and refused to add another bolt, breaking the tradition. What is more, he ordered the destruction of all the bolts and opened the door. Behind the door, to his surprise, he found a metal and wooden relief portraying fearsome Arab warriors riding camels. On the relief was an inscription depicting a prophecy that eventually became true: an Arab king, Tarik, took the fortress, defeated and killed the king and sold his wife and kids as slaves. 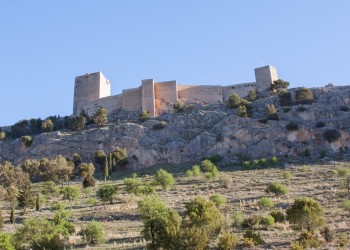 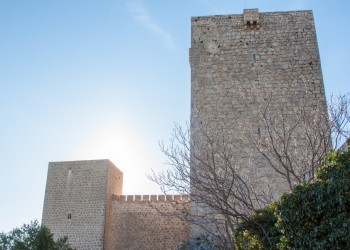 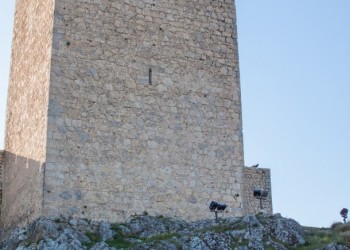 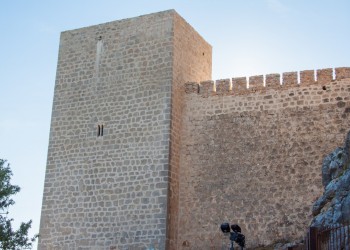 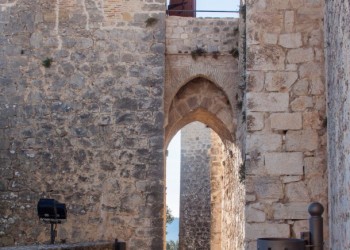 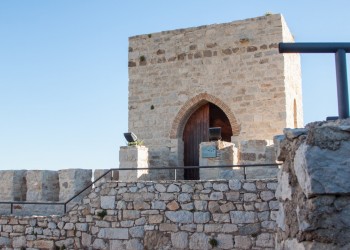 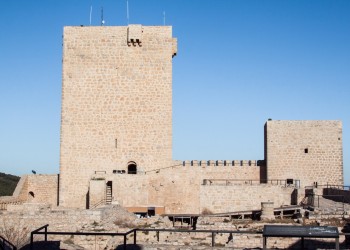 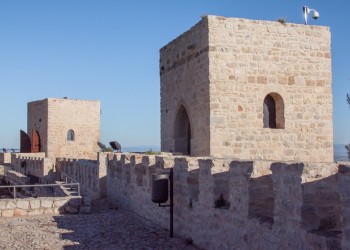 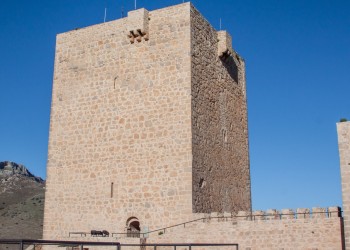 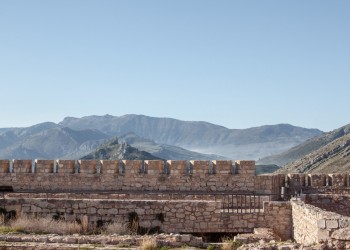 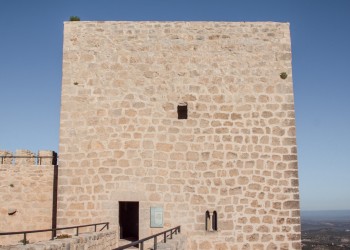 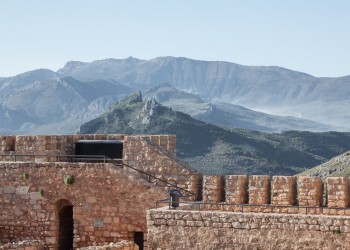 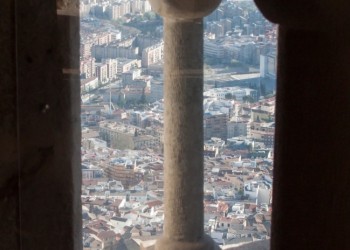 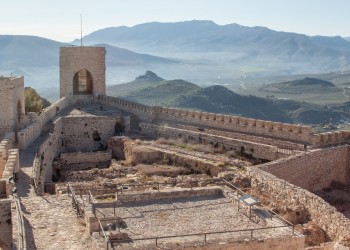 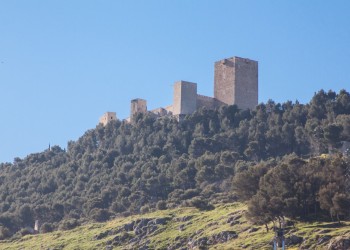 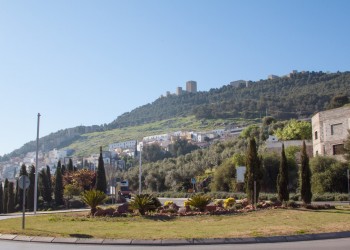