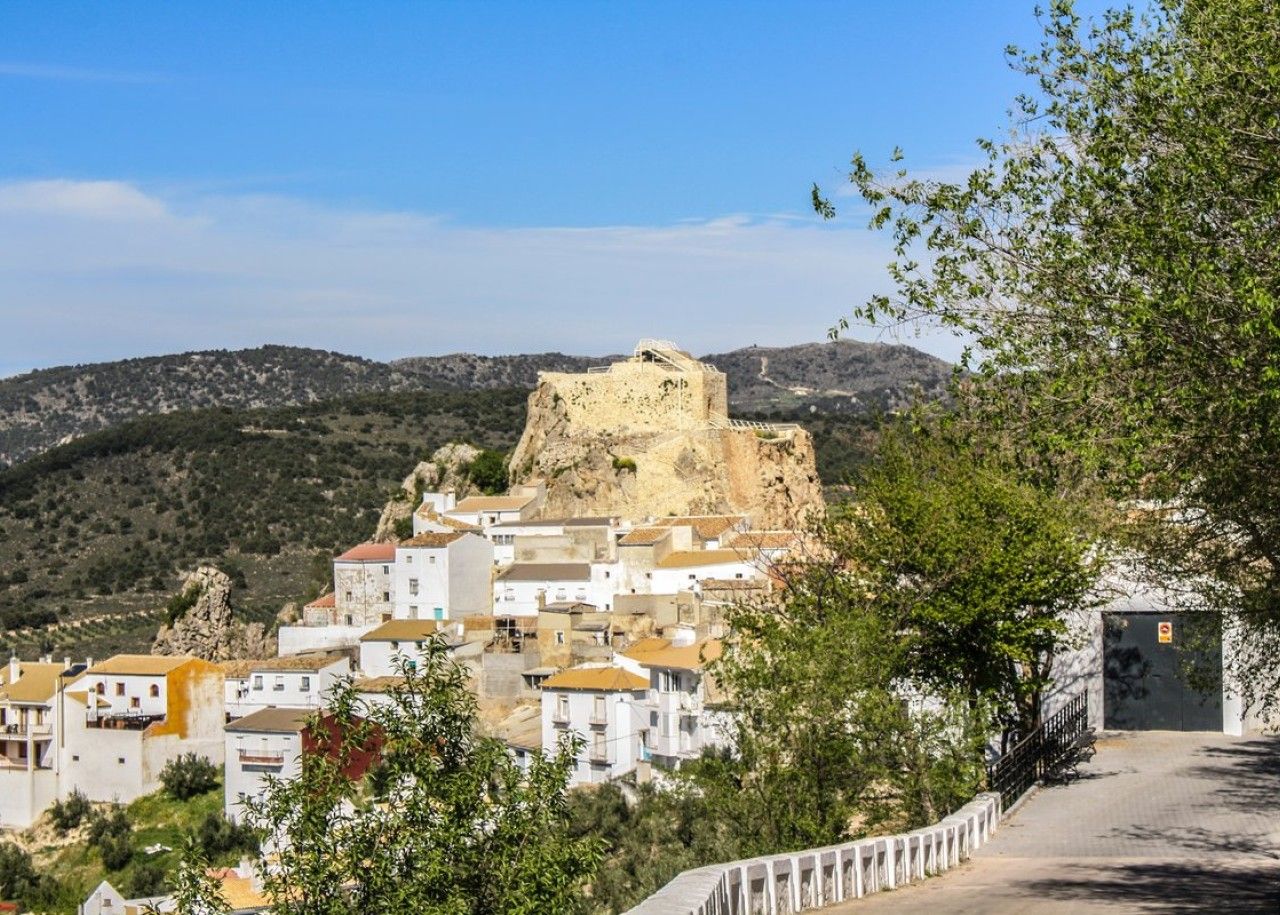 The castle of Solera is located to the northeast of the current population of Solera, in the municipality of Huelma and is located on a rocky spur 1090 meters high on the slopes of the Morrón hill. It is one of the highest castles in the Province of Jaén.

The castle is only accessible from the south. To the north and east, the rock wall is very steep with a drop of almost 300 meters.

Given its position, the Nasrid castle has an extraordinary visual control of the valley where the Jandulilla River and the Gargantón River converge, as well as the town of Bélmez de la Moraleda and the Torreón del Lucero, which gives an idea of ​​the defensive system they had these lands in ages past.

The first written news about Solera is given by Christian documentation from the mid-13th century, a time when data on fortifications and farmhouses located inside the mountain valleys begin to appear. In a document from 1255 a series of Muslim farmhouses are mentioned, among which is that of Solera.

From the 13th century onwards, the Jandulilla river valley gained great strategic importance as it became one of the main access routes between the Nasrid Kingdom of Granada and the countryside of Úbeda and Baeza, under Castilian power.

The visual control of the access passage to the Kingdom of Granada from the already Christian cities of Úbeda and Baeza, was guaranteed by the Castle of Solera, on the right bank of the river, and by the Castle of Bélmez and its system of watchtowers (Torre del Sol and Torre del Lucero), on the opposite bank.

Solera was conquered in the mid-13th century by Don Sancho Martínez de Xódar, a very influential character close to Alfonso X. Solera became part of his domain, but unlike the conquest of the nearby settlements of Chincóyar and Ablir, whose possession was definitively maintained by this Castilian nobleman, Solera was recovered a few years later by the Granadans, not returning to Castilian power until the fifteenth century.

It is at this time, when the Granadans Chincóyar and Ablir lost their castles that controlled the right bank of the Jandulilla, when the castle in Solera that we know today was built. The Nasrid border is now going from having two castles located on promontories that are easy to defend and accessible to the population of the valley, to a castle located in an authentic eagle"s nest that is very difficult to access, but with the advantage of having a location from which could perfectly monitor the entrance to the valley of possible Castilian incursions. In 1433 Solera is conquered by the Christians by the work of Don Fernando de Quesada, commander of Bedmar. Returning in the middle of this century to the Kingdom of Granada.

In the second half of the 15th century, the border between the Kingdom of Granada and Castile experienced a series of ups and downs depending on the political circumstances of both kingdoms. Thus, in 1433 Solera was conquered by the Christians by the work of Don Fernando de Quesada, Commander of Bedmar, however, he would return to the Kingdom of Granada in the middle of this century. It is finally occupied around 1457 by D. Juan de la Cueva, alderman of Úbeda and commander of Bedmar. From that moment on, Solera will become part of the domains of the Cueva family.

In 1460 it is one of the castles involved in the "Conspiracy of the Caves". The Calanchas brothers, natives of Úbeda, who, helped by other knights, had conspired against Don Luis de la Cueva to take away the castles of Solera, Huelma, Canena and Albanchez. Don Luis who was in the castle of Bedmar was able to save himself and inform the wardens of the respective castles of the intention of his attackers, one of his brothers being hanged in the castle of Solera.

The castle, having lost its military function and never having been used as a residence for its owners, must have already begun to fall into ruin at the end of the 15th century.

The successive lords of Solera formed between 1458 and 1543 a modest patrimony that included four towns (Solera, Huelma, Torreperogil and Úbeda) obtained by royal donation.

An investigation on tithes carried out by the bishop of Jaén in 1513 shows us Solera as an uninhabited and ruined place. Around 1588, another report from the bishopric of Jaen tells us that only thirty neighbors lived in Solera.

Chronologically it can be ascribed to the last decades of the 13th century. In the castle, at least two construction phases can be distinguished in the defensive complex.

Up on the top, and forming a small rocky plateau, there are masonry walls of irregular size and disconcerted arrangement that delimit a small enclosure, to which is associated a small cistern that still preserves remains of the pointed roofing vault and the interior plaster of almagra, and that closed the highest part of the promontory.

It was reused for other purposes in fecIt is later, since some entrance steps and a window have been made on the opposite side.

Further down, in a second flat area, there are remains of other larger constructions. It is now an authentic castle flanked by ashlar masonry towers at the angles and walls that enclose the enclosure.

Communication between the two areas is made through a passageway, covered with a half-barrel vault, also made of masonry, and which preserves traces of plaster on its walls. The entire construction is mounted directly on the rock, which serves as a foundation and to which the construction adapts. The original walls, which are seriously deteriorated, are often masked by recent renovations, where plaster and other less resistant materials have been used.

In recent years the city council has carried out a series of actions for its consolidation and tourist recovery, thus stairs and metal structures have been built that allow climbing to the highest part.

The castle was declared a Historic Monument in 1985. Declared a Site of Cultural Interest.

The historian José Manuel Troyano Viedma, recreates the taking of Solera based on three sources: the first is interspersed between the pages of a handwritten and unpublished history of the Cueva; the second is due to Martín de Ortega and the third is found in an albalá of King Enrique IV of Castile.

"They happened to come to the town of Bedmar, where Don Juan de la Cueva was passing through, certain leaders, to her inn, saying that the castle of Solera was no longer so well defended, so they were going to notify the Commander de Sabiote and the Lord of Jabalquinto, who were at the time, according to the champions, the most powerful knights in those days in this area, so that they could begin preparations for war and reconquer Solera. This conversation was overheard by some of Don Juan de la Cueva"s servants who soon went to tell him. It seemed like a good idea and very timely. Immediately he ordered the leaders to come to his presence at the castle of Bedmar where he kept them long enough to be able to warn his own, among them Commander Martín Alonso de Ortega and Andrés de Ortega, his brother, and Juan de San Martín " the good”, who along with other knights went to the town of Bedmar, the starting point to start an incursion into the land of the Moors, with a specific objective, the assault and capture of Solera castle. What would not be their surprise, when they noticed that such a castle, unlike what was communicated by the champions, was strongly defended, but this was not an obstacle for them to decide to launch their conquest, with all the risks that the mission entailed. Once the fight began... they finally managed to place a ladder on the wall and a squire began to climb up it, but when commander Martín Alonso de Ortega saw him, he grabbed him by the leg and threw him down, while telling him: < > and began the ascent, wasting great courage while his brother and Juan de San Martín followed him in the company, taking the hitherto impregnable castle of Solera by assault."

The castle of Solera can be visited. You need to ask for the access key to the castle in a nearby store. For more information, contact the town hall. 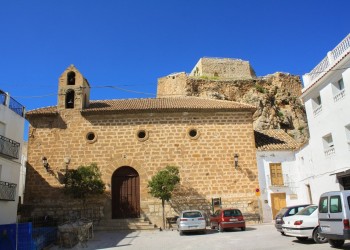 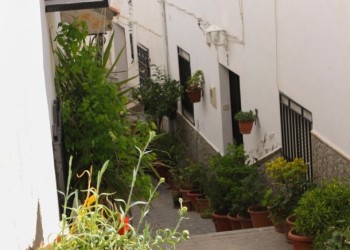 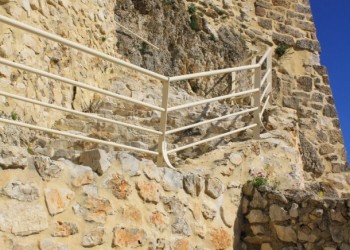 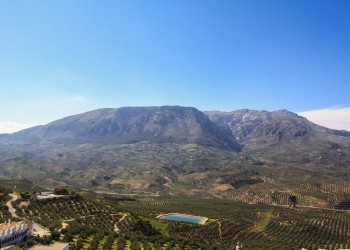 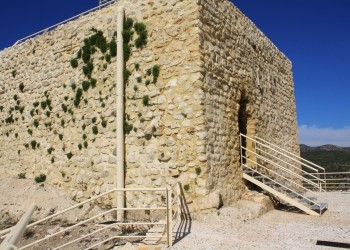 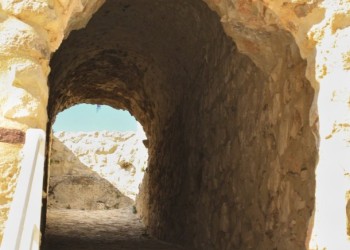 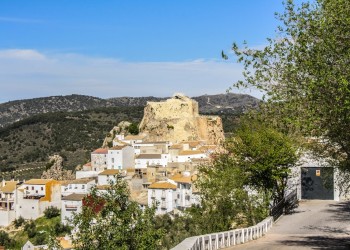 How to get to
Solera castle