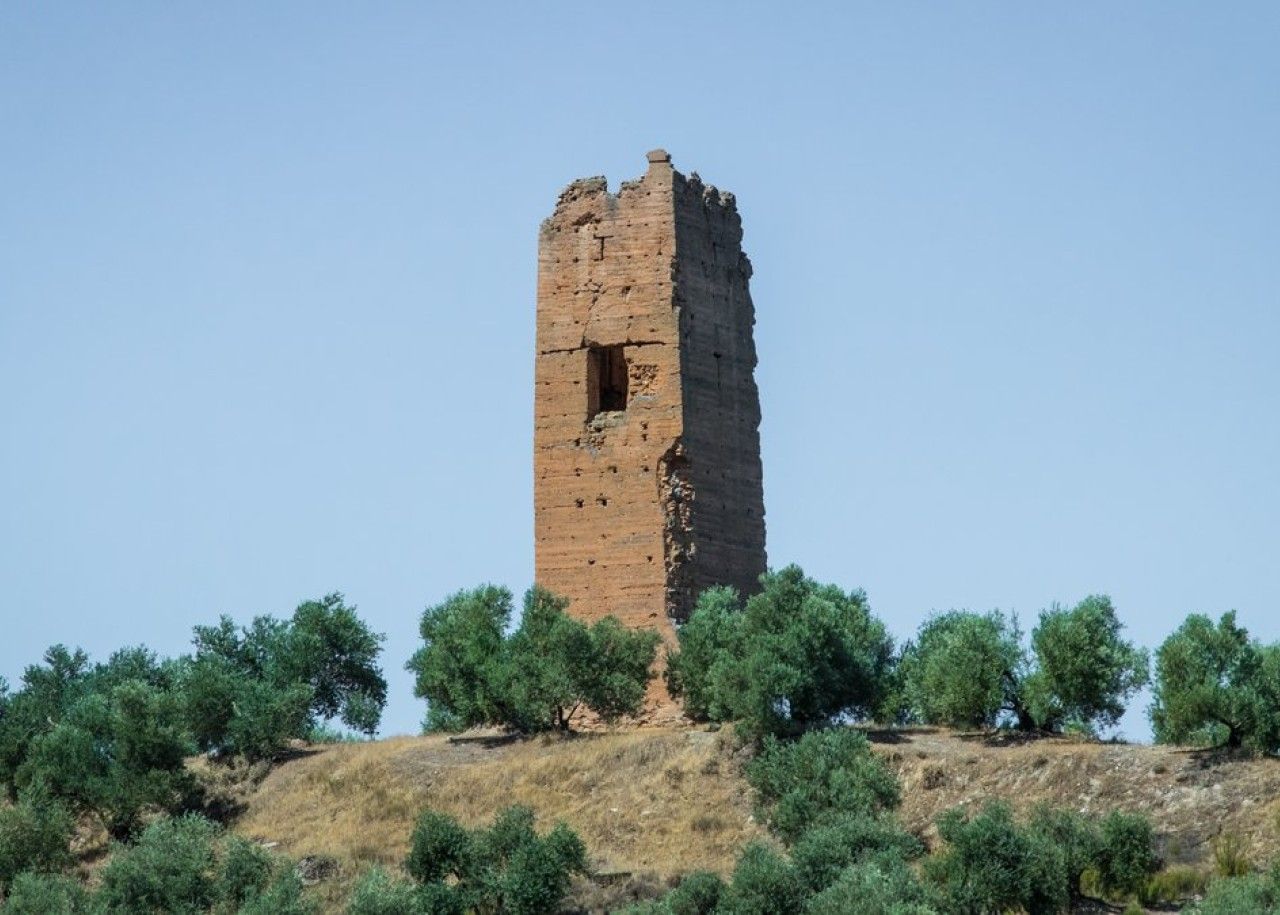 They are known as Torres de Santa Catalina to a set of three fortified towers from the Muslim period and of a defensive nature, spaced about 300 meters apart. The towers are located on a hill between the Trujala and Orcera rivers, between Orcera and Segura de la Sierra.

The three towers are very close to each other, with two of them, the furthest from the core of Orcera, being twins and the third, the most separated from the others, of a different bill. It is possible that there was a fourth tower in what is now the town of Orcera, some authors consider that the Church of the Assumption took advantage of the tower for the location of its bell tower.

They are arranged in such a way as to allow defense, surveillance and refuge in a terrain with numerous flanks to cover.

The towers of Santa Catalina, together with the now disappeared Orcera, would form part of a defensive line built between the twelfth and thirteenth centuries, against the advance of the Castilian armies through La Mancha and the Guadalquivir valley.

Although this is the most widespread hypothesis, other authors consider that the towers come from the time of Carthaginian domination of the peninsula, between 237 and 202 BC, as they are cited in Tito Livio as Hannibal"s Towers, being in one of them where one of the Scipio brothers died in the warrior skirmishes of 211 B.C. These authors consider that it cannot be maintained that the towers are only from the medieval period, since although in medieval times they were the object of partial restorations or reconstructions, their origin may possibly be from the 3rd century BC, between the years mentioned and due to the wars between Rome and Carthage for possession of the peninsula.

Until the 12th and 13th centuries, the population of Orcera, a small farmhouse integrated into the administrative district of Segura, would seek refuge in the Hisn Saqura in case of danger. However, after the creation of the Taifa kingdom of Saqura and the subsequent threat of Christian troops, a closer fortification became necessary.

After the Christian conquest carried out between 1235 and 1242, Orcera was ceded to the Order of Santiago by Sancho IV in 1285, becoming a suburb of Segura de la Sierra, to which it would belong throughout the Modern Age.

From then on, reforms were undertaken in this town, but the defensive structures were maintained: the fence and the tower of the Orcera castle. This tower was reused as the bell tower of the church for a time. The towers of Santa Catalina are not mentioned in the sources, but they must have maintained their defensive function against raids from the Kingdom of Granada.

During the Late Middle Ages and throughout the Modern Age, Orcera belonged to the Encomienda de Segura de la Sierra, depending on the royal chancery of Granada and the bishopric of Cartagena. Between 1507 and 1748, the Segura lordship of Santiago was separated from the Kingdom of Jaén to join the Kingdom of Murcia.

The two twin towers, known as north towers (tower 2) and south towers (tower 3), are slightly frusto-conical, with a rectangular floor plan (5.30 x 4.20 metres) and about 14 m high. They have three floors, although there is a kind of sub-floor, 1.70 m high, which gives the sensation of having four floors. The second floor is much higher, reaching 7 m, which was reduced to 3.20 m in the remaining two.

However, access is from the second floor, so some authors think that the first could have been used as a cistern.

On the third and fourth levels, the towers present a series of arrow slits hollowed out towards the interior, one for each section of the tower; one of them, which looks like a wider window, was the entrance to the tower and was located at a height of 7.20 m.

They are built with rammed earth, although with a lot of stone in their mix. Both lack the crenellated crown, although one of them (tower 2) has some remains of battlements.

Its function is not clear and different authors have speculated on it. Possibly, the two twin towers had the function of an optical tower, since they lack other types of structures, and their purpose would be to monitor the intricate landscape of hills that surrounds them, scrutinizing the jagged ones that hid other castles in the area from view. so many possible invasion paths.

Tower 1, known as the low tower, is the closest to Orcera, and is clearly different, more robust, lower and wider than the other two, also associated with an enclosure and wall that surrounded it and of which there are hardly any remains. Possibly it would be part of a larger rural castle or fortification.

The ground plan is more rectangular (8.60 x 5.65 meters) and his work is also made of rammed earth rich in stone. It has three floors, with access in height, having a series of arrow slits as the only interior lighting. It is also located in the Orcera river basin.

In the surroundings of the three buildings, a large quantity of Islamic and Christian ceramics can be seen on the surface.

They have been declared Assets of Cultural Interest.

The Tower of Santa Catalina I (low tower)

Tower I is the closest to the nucleus of Orcera of the three that make up the defensive enclave. It is lower and wider than the others, which gives it a robust character.

It has three floors separated by rafters and a crenellated roof, and it has arrow slits on its different sides. The entrance is located halfway up, about 7 meters high.

Although it is related to the other towers, it is believed that this tower would have a population close to which it would provide protection.

It is recently restored.

It is twin to the South Tower of Santa Catalina (tower 3) and is located on a small elevation of the land between towers 1 and 3.

With a square floor plan, it is about 14 meters high and has four floors, with an access hole that is about 7 meters high, although the accesses that can be seen today were made by peasants and shepherds for their use.

It is twin to the North Tower of Santa Catalina (tower 2) and is the one that is farthest from Orcera. It is located at the top of a hill that has a steep slope on all its faces except the one at the entrance.

14 meters high, its access is located on the north face at a height of 6.85 m. As in tower 2, the current accesses were made by peasants and shepherds.

It has a rectangular floor plan, four floors separated by rafters and a crenellated roof. In addition, on the east face there is another hole with the original wooden lintel that was also covered with rammed earth. The tower still preserves all the merlons intact on one of its faces.

Of its battlemented crowning only four posts are preserved.

It is thought that it could have formed part of the same walled enclosure as the current three towers of Santa Catalina, and would have been a tower of the primitive medieval castle.

It was used in the construction of the bell tower of the Church of the Assumption.

The towers can be visited and freely accessible. 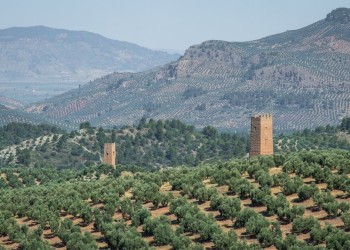 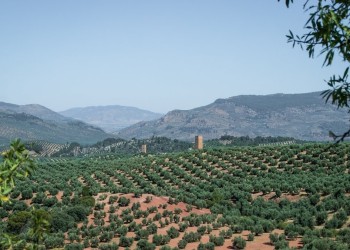 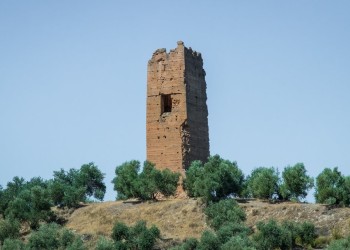 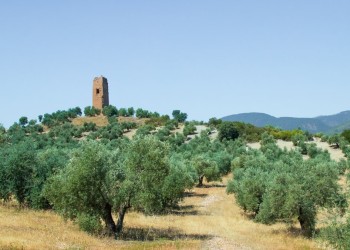 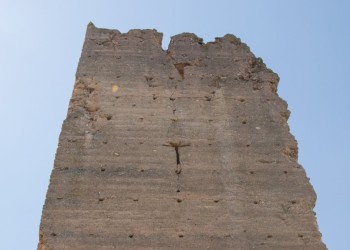 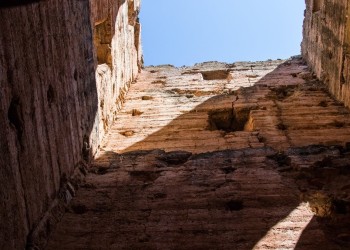 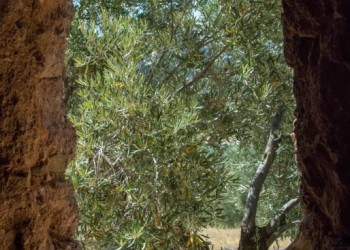 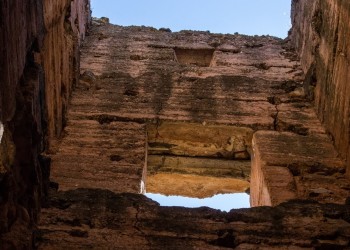 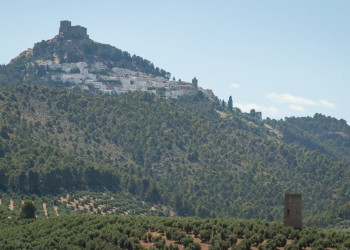 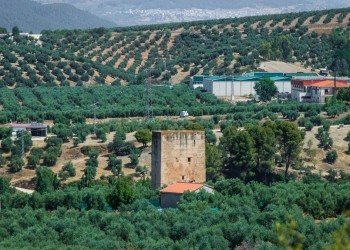 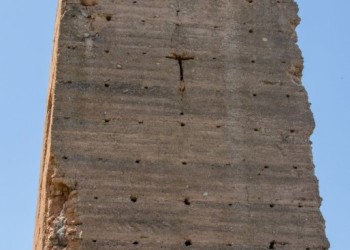 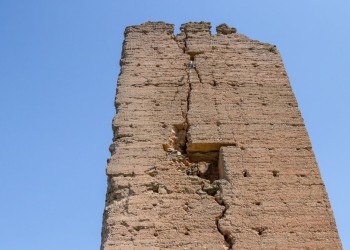 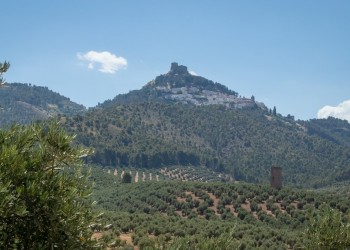 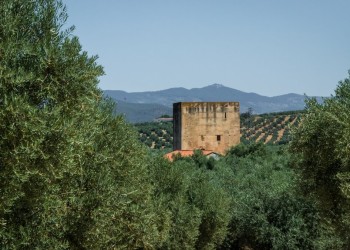 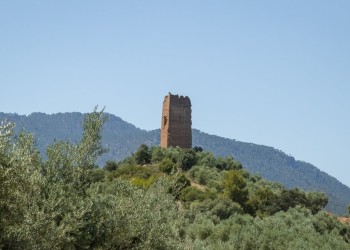 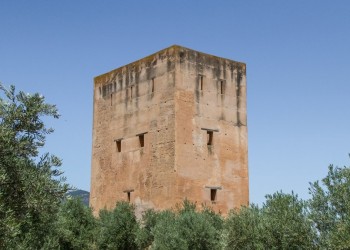 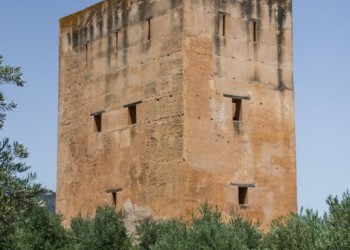 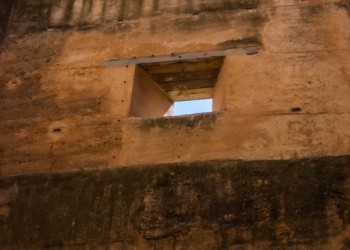 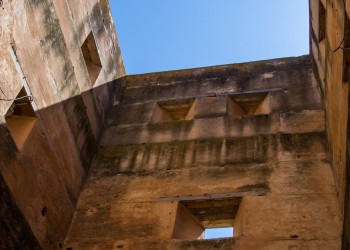 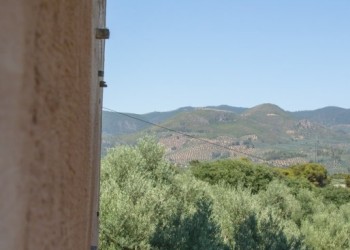 How to get to
Santa Catalina towers