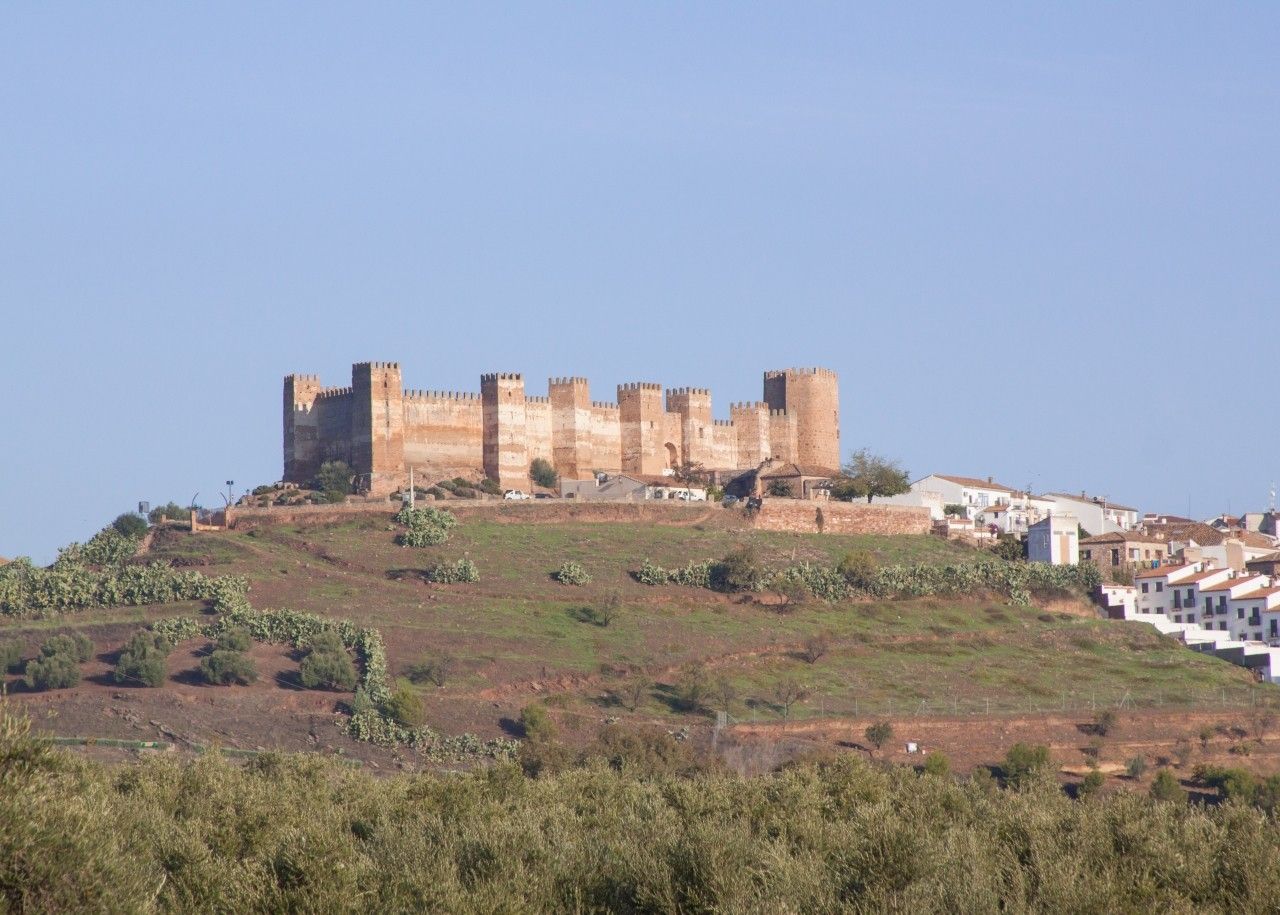 Burgalimar Castle has an impressive appearance that dominates the complicated urban planning and the rich heritage of Baños de la Encina, located in Sierra Morena.

The castle is on the top of an elliptical hill. It is made of reddish rammed earth that is made of a mixture of clay, sand, lime and very small stones.

There are fourteen rectangular fortified towers and a pentagonal one that barely protrude above the top of the wall.

The Christians’ main modification was the Gothic style keep which was built over one of the former towers.

The Tower faces the village in order to control and intimidate. Later on, it became a stately building.

The parade ground access door faces east and is located in between two big towers that defend it.

In the interior courtyard, there is a well divided into two facilities separated by pillars and covered by a vault. There is also another Christian modification: an alzarejo that was made by building an interior wall in which there was an enormous circular fortified tower.

There have been human settlements in Baños de la Encina since the Copper Era.

A sepulchral epitaph and a foundation stone where year 968 B.C. is written were found in the castle and both are now in the National Archaeological Museum.

Almohads strengthened the defensive facilities by building a double wall fence to resist any Christian siege.

In 1212 after the battle of Navas de Tolosa, it was conquered by Kings Alfonso VIII, Peter I King of Aragón and Sancho “The Strong” King of Navarra. However, it was finally conquered by Ferdinand III who incorporated it to the city of Baeza.

During the Independence War, the Castle suffered the consequences of the occupation. The courtyard was used as a cemetery until 1828.

In 1931, it was declared a National Historic Monument and it is included in el Catálogo General del Patrimonio Histórico Andaluz (the General Catalogue of the Andalusian Historical Heritage) hence the European flag flies above the Castle. Just two castles in Europe are honoured with this listing and flag: Castle of Baños de la Encina and Castle of Florence in Naples.

Tradition says that in 1189, The Queen’s first-born was born in Baños de la Encina castle.

Baños de la Encina castle is also known as “the fortress of the seven kings” since in different periods seven kings resided in it. These Kings were: Alfonso VII, Alfonso VIII, Alfonso IX, Peter II, Sancho VII, Ferdinand III and Ferdinand the Catholic. 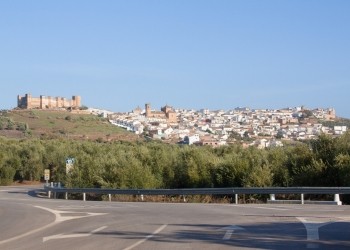 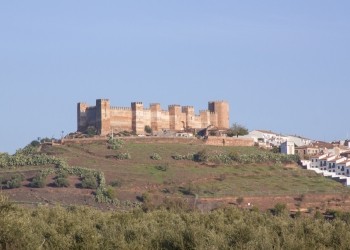 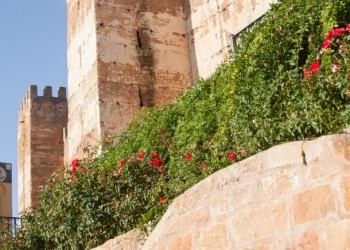 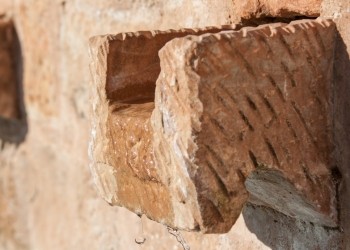 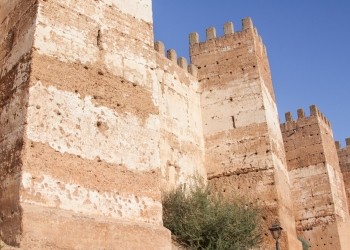 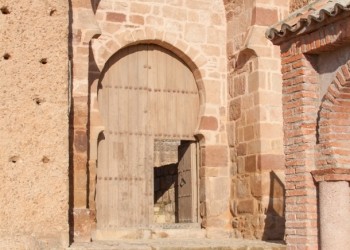 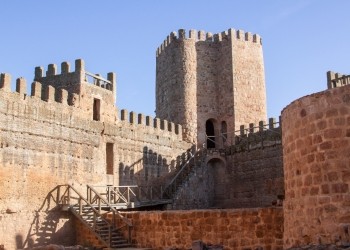 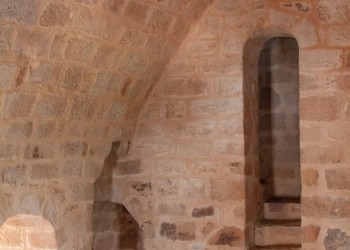 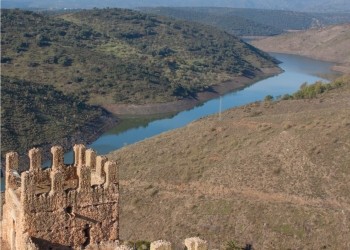 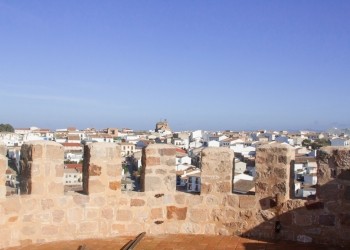 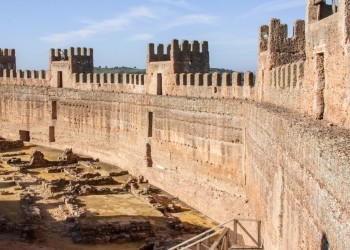 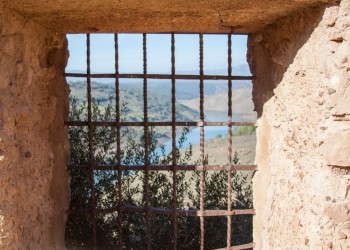 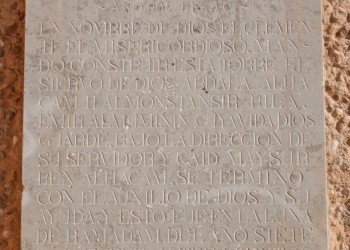 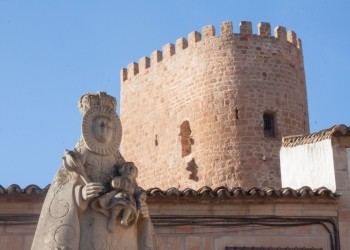 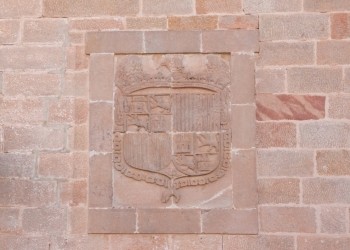